Now go ahead and humor me if you will.

I want you to give me one good god damn reason why I can't bring my dog into this store.

He weighs less than ten pounds, has all his shots, and besides, he's chilling in the cart.

My f*cking dog has f*cking papers.

Did you not see all the people whose day was made brighter by me bringing my dog into your store?

Look at this guy getting all worked up for six dollars an hour getting in an argument with me over this cute ass dog while following somebody else's orders.

GET THE f*ck OUT OF MY FACE! And I might let you play with my dog.

Well what the f*ck do they care?

Here buddy, why don't you go ahead and read this.

He reads the official document, smiles and apologizes.

The paperwork tells him that I require a service dog for my mental instability.

After my fifteen minute hell raising with this kid he needed no further proof.

Just because Dr. Cheeseman tells him I'm insane, this kids gonna believe it.

Well don't believe everything ya read kid. Cause I forged that f*cking piece of paper in the first place!

Oh now I got this piece of shit telling me I can't walk around in his gas station without my shoes on.

If anyone's gonna have a problem with the level of sanitation in this place it's gonna be me.

I'm walking around on these crusty ass floors in my bare feet.

No shirt. No shoes. No service.

GET THE f*ck OUT OF MY FACE!

Me and my barefooted friends aren't stepping another barefooted f*cking foot in this establishment.

And Yes, this is a service dog. I have his paperwork right here.

I love these snub-nosed beer drinkers who refuse to drink a single solitary domestic beer due to the fact that the United States puts harmful chemicals in all their domestically bottled brew that causes them, the drinker, to feel like shit.

Does this sound as stupid to you as it does to me?

If they're that concerned about the well-being of their body then what the f*ck are they doing drinking alcohol in the first place?

And you're telling me you actually think they pay the international shipping rates from Ireland to the U.S. just so that you can have your four pack of Guinness Extra Dry Stout?

They bottle and brew that shit in Michigan, the state with the highest contribution of pollutants in the U.S.

Now why don't you bum me two dollars Daddy Warbucks so I can get myself a forty of Saint Ides. 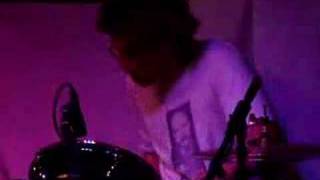