The feelings I could not release
Became a bitter part of me
What was I thinking of?
It couldn't stay the way it was

I lost a girl, it's just as well
She tried to save me from myself
I've still got her on my mind
Tossing and turning in my bed

But if she had stayed another week
I would have dragged her down with me She took it till she had enough
Is that what I thought love was?

I told her, "See you later" But it's hard to see at all
At the bottom of the barrel
With your back against the wall

I was my worst enemy
It almost got the best of me
What was I thinking of?
It couldn't stay the way it was 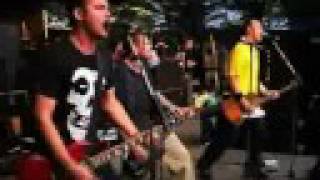