Chorus:
You give me for honor (graves)
Where your soldeirs lay (graves)
They're so far away (graves)
The home of the brave (graves)
I won't die in your bullshit wars no more
I won't fight to my death for you
I won't watch my poor mama cry no more
Muthaf*ck your red, white and blue
Chorus
Thousands of men go to war to fight for
Politics which they don't understand
Murder people who they never met
When they make it home they're
Considered a vet
Fire drops from the sky as the young boys die
Far from home, all alone, it's a sin All you get in return in a shit shallow grave
Cause in war there's no way you can win
Mia, yeah right, you think they give a f*ck,
You're just pawns in the game off the board
Brainwashed to the point where you kill at
The drop of a dime
But it's not called a crime
Vietnam, persian gulf, did we win ? Did we lose ?
Thousands die, human beings you choose
Once in you're owned by the man,
Uncle sam is his name, you're his slave,
Shallow graves
Chorus
You give me for honor 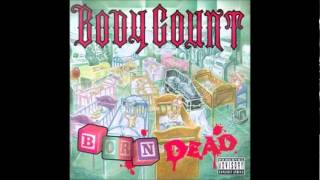