America's losing they cribs
Why you braggin' bout the shit you did?
All the shit that you buy, most of it lies
Yeah I know and you know I know
The government's tapping the net
Why you rappin' bout your car and check?
I miss P.E., I miss group's like Rage
This pop shit's making me physically sick
Obama did 8 years 'cuz
Why you singing bout bottles and clubs?
This shit don't make no sense
Most of your fans can't pay their rent

[Jamey Jasta:]
You've been sold a fantasy
Little do you know the price we pay
The sick are regarded children starve
Our veterans come out to the real war
They're penitent on borrowed time
The beggars steal, the media lies
Now you've been bought and f*ckin' sold
Feel steel like a temple, body count

Music is coming a long way
Guys have gone from fight the power,
To what does Kim Kardashian have on today
The f*ck's the matter with you?
This pop shit's driving me f*cking crazy And I'm not talking about the people that started out being popstars,
I'm talking about so-called 'hardcore' motherf*ckers
That'll do anything to get on the radio
Eat a dick.

I can't fake it
This shit's whack
I say this to your face, this ain't behind your back
You corny motherf*ckers, can't look me in the eyes
Cause most of you fake and you're living a lie

You're living in a lie

The cops are still twisted,
The laws are still f*cked
The rich are still greedy,
Government's still corrupt

You're living in a f*cking lie

The news is all gossip
People have no hope
So what, you're making cash?
Your soul is still broke

Bitch motherf*ckers, don't want no fight
Ya mothef*ckin' pants too tight
You'll be in for a few,
And then you're through,
Cause pop ain't got no love
So what?
Your shit's in the club
You want me to say some names?
I'm too seasoned in this game,
That only give em pop fame
f*ck bloggers, f*ck bullshit hype,
Ice is the only one tonight
Check my history, ain't shit changed
Still OG, and I'm still insane

Turn that f*cking radio off. 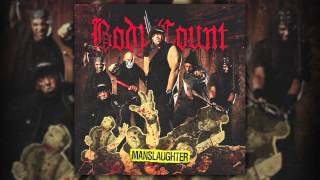