Pulls up weeds and does the chores
And he runs both ways to all the stores
He works up an appetite that way
ROLY POLY, daddy's little fattie
Bet he's gonna be a man someday. 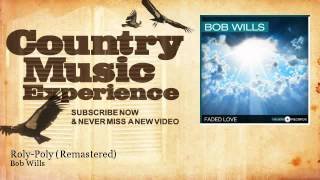 check amazon for Roly-poly mp3 download
these lyrics are submitted by kaan
browse other artists under B:B2B3B4B5B6B7B8B9B10B11
Songwriter(s): Fred Rose