Compositions For The Young And Old Lyrics

Compositions For The Young And Old Lyrics


Found a book of interest the other day
Compositions for the young and old to sing
Poems written many years ago
They told of family and hope and other things
Put together in the old days
When fifteen cents, it was a buck
That's when five would get you ten
Before it took you eight just to get you one
Some people, they don't care when they're down on their luck

Playing cards with your neighbors on the back porch
Singing with an old beat-up guitar
Going to the local swimming hole
Until they closed it down, now there's nowhere to go Things used to be so simple, long time ago
Now everything is so expensive and complicated
I hear you need a license for just about anything

Rummaging through the attic when I'm home
It brings back those memories to me
I'd amuse myself when I was small
When I was younger, the simplest things would do
Now I'm on everybody's mailing list
For things I can't afford to buy
I hear the weatherman
He says "It looks like rain for a while"
I guess I'll have to stay inside
Make peanut butter sandwiches and cry 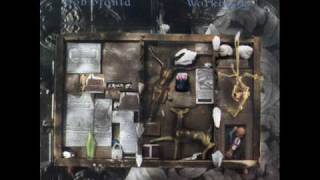 check amazon for Compositions For The Young And Old mp3 download
browse other artists under B:B2B3B4B5B6B7B8B9B10B11B12
Songwriter(s): Robert Arthur Mould
Record Label(s): 2008 The copyright in this compilation is owned by Virgin Records America Inc
Official lyrics by