The House At The Top Of The World Lyrics

The House At The Top Of The World Lyrics


I got off the 45A somewhere around the new estates which were advertised as being in Killiney but were really in just a field. And I was going to the house at the top of the world.

Brian Carroll lived around here somewhere. And after school I'd sometimes go back to his place and sing with his brother Dermot. He knew all the Motown songs. Sometimes I think about him and I heard that he's a civil servant in Cork which is funny for a guy who used to sing Motown songs.

Soon I'd come to the Leopardstown dual carriageway. It was the first motorway in Ireland and it was a 100 yards long. I liked the name. I don't remember a town being there and I never saw no leopards. But I had to cross it anyway to get to the house at the top of the world.

Everyone thought the dual carriageway was the great and modern and every Saturday the bowsies, yahoos, guttersnipes and corner boys would empty out of the pubs and scream like wild Saturday night leopards drunk and fast and delirious for that blessed 100 yards. People were always getting killed.
Well I ducked and weaved and it was fun and I made it over and up the small read, past the Silver Tassie, along the river bank, past the Proddie church and off left up the lane to the house at the top of the world where you lived.

Your mother in her sensible shoes and you father in his tea-cosy wooly hat, bright eyes and roomful of old hoarded yellowing newspapers and 1920's photos of the Burren and you busy in the kitchen half-glad to see me, half nervous with your parents around.

You'd take me for a walk around the field and down the lane and when the evening fell your father would light the peat fire and show me pictures of the West taken in the 20's and then he'd go to bed. And the night was full of you and the evening and the peat fire in the house on the top of the world.

And then it was time to go and risk death again in the dark of the Leopardstown dual carriageway.

And on the way back I felt I could just jump the whole bloody thing. 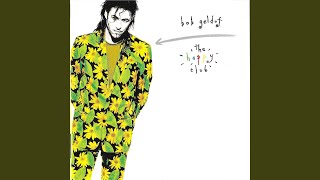