The Ballad Of Frankie Lee And Judas Priest Lyrics

The Ballad Of Frankie Lee And Judas Priest Lyrics


Well, Frankie Lee and Judas Priest
They were the best of friends
So when Frankie Lee needed more money one day
Judas quickly pulled out a roll of tens
And placed them on a footstool
Just above the plotted plain
Sayin', "Take your pick, Frankie Boy
My loss will be your gain".

Well, Frankie Lee, he sat right down
And put his fingers to his chin
But with the cold eyes of Judas on him
His head began to spin
"Would ya please not stare at me like that", he said
"It's just my foolish pride
But sometimes a man must be alone
And this is no place to hide".

Well, Judas he just winked and said
"All right, I'll leave you here
But you'd better hurry up and choose
Which of those bills you want
Before they all disappear"
"I'm gonna start my pickin' right now
Just tell me where you''ll be".

Well, Frankie Lee, he sat back down
Feelin' low and mean
When just then a passing stranger
Burst upon the scene
Saying, "Are you Frankie Lee, the gambler
Whose father is deceased ?
Well, if you are
There's a fellow callin' you down the road
And they say his name is Priest".
"Oh yes, he is my friend"
Said Frankie Lee in fright
"I do recall him very well In fact, he just left my sight"
Yes, that's the one", said the stranger
As quit as a mouse.
"Well, my message is, he's down the road
Stranded in a house".

Well, Frankie Lee he trembled
He soon lost all control
Over ev'rything which he had made
While the mission bells did toll
He just stood there starring
At that big house as bright as any sun
With four and twenty windows
And a woman's face in ev'ry one.

Well, up the stairs ran Frankie Lee
With a soulful bounding leap
And foaming at the mouth
He began to make his midnight creep
For sixteen nights and days he raved
But on the seventeenth he burst
Into the arms of Judas Priest
Which is where he died of thirst.

No one tried to say a thing
When they carried him out in jest
Except of course, the little neighbor boy
Who carried him to rest
And he just walked along alone
Whit his guilt so well concealed
And muttered underneath his breath
"Nothing is revealed".
Well, the moral of the story
The moral of the song
Is simply that one should never be
Where ones does not belong
So when you see your neighbor carryin' somethin'
Help him with his load
And don't go mistaking Paradise
For that home across the road. 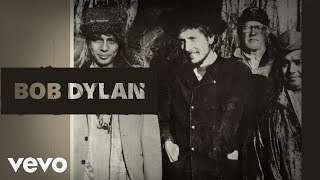