No Time To Think Lyrics

No Time To Think
Bob Dylan
My Own Version Of You Rollin' And Tumblin' Like A Rolling Stone Wild Mountain Thyme On A Night Like This Everybody Must Get Stoned I Dreamed I Saw St. Augustine I Want You Jokerman Highway 51
Official page Bob Dylan wiki No Time To Think video Bob Dylan twitter Bob Dylan facebook

No Time To Think Lyrics


In death you face life with a child and a wife
Who sleep-walks through your dreams into walls
You're soldier of mercy, you're cold and you curse
He who cannot be trusted must fall.

Loneliness, tenderness, high society, notoriety
You fight for the throne and you travel alone
Unknown as you slowly sink
And there's no time to think.

In the Federal City you been blown and shown pity
For secret, for pieces of change
The empress attracts you but oppression distracts you
And it makes you feel violent and strange.

Memory, ecstasy, tyranny, hypocrisy
Betrayed by a kiss on a cool night of bliss
In the valley of the missing link
And you have no time to think.

Judges will haunt you, the country priestess will want you
Her worst is better than best
I've seen all these decoys through a set of deep turquoise eyes
And I feel so depressed.

China doll, alcohol, duality, mortality
Mercury rules you and destiny fools you
Like the plague, with a dangerous wink
And there's no time to think.

Your conscience betrayed you when some tyrant waylaid you
Where the lion lies down with the lamb
I'd have paid off the traitor and killed him much later
But that's just the way that I am.

Paradise, sacrifice, mortality, reality
But the magician is quicker and his game
Is much thicker than blood and blacker than ink
And there's no time to think.

Anger and jealousy's all that he sells us
He's content when you're under his thumb
Madmen oppose him, but your kindness throws him
To survive it you play deaf and dumb. Equality, liberty, humility, simplicity
You glance through the mirror and there's eyes starring clear
At the back of you head as you drink
And there's no time to think.

Warlords of sorrow and queens of tomorrow
Will offer their heads for a prayer
You can't find no salvation, you have no expectations
Anytime, anyplace, anywhere.

Mercury, gravity, nobility, humility
You know you can't keep her and the water gets deeper
That is leading your onto the brink
But there's no time to think.

You've murdered your vanity, buried your sanity
For pleasure you must now resist
Lovers obey you but they cannot sway you
They're not even sure you exist.

Socialism, hypnotism, patriotism, materialism
Fools making laws for the breaking of jaws
And the sound of the keys as they clink
But there's no time to think.

The bridge that you travel on goes to the Babylon
With the rose in her hair
Starlight in the East you're finally released
You're stranded but with nothing to share.

Loyality, unity, epitome, rigidity
You turn around for one real last glimpse of Camille
'Neath the moon shining bloody and pink
And there's no time to think.

Bullets can harm you and death can disarm you
But no, you will not be deceived
Stripped of all virtue as you crawl through the dirt
You can give but you cannot receive.

No time to choose when the truth must die
No time to lose or say goodbye
No time to prepare for the victim that's there
No time to suffer or blink
And no time to think. 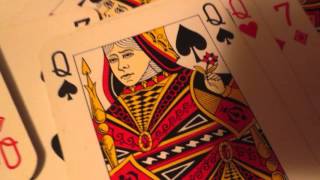