Now what's the freshest (freshest?) flow you ever heard in your life?
Caressing famous quotes you tend to re-create with those that paint those
It's the deepest, like my verse here
Which will make me a million bones
Yah right, it's just my rhymes on microphone i wrote
While checking for intelligent life
No chick, no cry, tiny archive, buggin eye green like anteni
I am Boac, enter through your skull cap I'm the closest artifact to an antique beat ripper
An analysis of this'll prove three things do
E-X, that's a)i'm in the earthling crew
E-X, that's b)We're absolute, meaning true
E-X, that's c)We're probably much deeper than you
We fall asleep when the beat go's by like flows
That's pathetic (word?)
You gots to leap a flow from coast to coast
Now you smart enough and got it
But your product's on the market, i'd recall it
Even though it might mean cash in your wallet
Peeps go, i'm clockin' videos on mute
Cuz they seem fresh, but don't be as fresh as you
Legging' off the head, we effortlessly flow
We about to bring it your area, and whole zip code
Like that 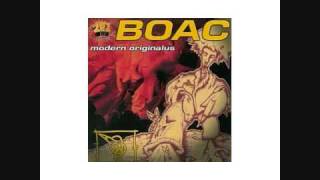