And slowly Stack walked from the table, said "I can't let you go with that
You win all of my money and my milk-white Stetson hat"

Stagger Lee, he went walking right down that I.C. track
"I ain't gonna hurt you now, Billy, better not be here when I get back"

The next day Stack went running in the red-hot broiling sun
"Look in my chiffro drawer, Alberta, hand me my smokeless 41"

And Alberta looked at Stack, said "Babe, you're out of breath
You look like you're gonna be the cause of somebody's death"

And Stack took out his Elgin, looked directly at the time
And said "I've got an argument to settle with that bad man Billy Lyon"

"Kiss me, good woman, you may not see me when I come back"
And Stack went running up that Great Northern track

Well, when he got outside in front of the barroom and he eased up to the door
Billy Lyon had his 44 special, pacing up and down the floor

He shot him three times in the forehead, two times in the side
Said "I'm going to keep on shooting till Billy Lyon's died"

Billy Lyon got glassy, and he gapped and hung his head
Stack say "I know by the expression on his face that Billy Lyon's dead"

Mrs. Billy, she went running and screaming, "Stack, I don't believe it's so
You and my little Billy's been friends since many long years ago" Stagger Lee told Mrs. Billy, "If you don't believe your man is dead
Come to the barroom and see the hole I shot in his head"

Now, Mrs. Lyon she fell to her knees and she said to her oldest son
"When you get a little bit bigger, I'm gonna buy you a 41"

Now, Chief Maloney told his deputies, "Get your rifles, come with me
We're gonna arrest that bad man Stagger Lee"

So his deputies took their shiny badges, laid them on the shelf
Said "If you wanna go get him, get him your own damn self"

Slowly Chief Maloney, he walked to the barroom door
Stagger Lee was drunk, laying on the barroom floor

So he touched Stack on the shoulder, said "Stack, why don't you run?
He says "I don't run when I've got my 41"

Stagger Lee went running, straggling down Dumaine Street
Don't you know, the blood was running from his head down to his feet

The judge, he found Stack guilty, the clerk wrote it down
And the next cold winter morning Stack was Angola bound

It was early one morning, one bright summer's day
The Chief received a wireless - Stack had run away

So he got his men and he put them 'round the town
"Next time you see Stagger Lee, shoot him down"

Now, the hangman, he put the mask on, tied his hands behind his back
Sprung the trap on Stagger Lee but his neck refused to crack

The hangman, he got frightened, he said "Chief, you see how it be?
I can't hang this man, you'd better let him go free" 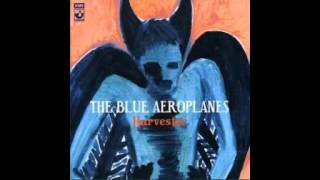 check amazon for Stagger Lee mp3 download
these lyrics are submitted by musixmatch2
browse other artists under B:B2B3B4B5B6B7B8B9B10B11
Songwriter(s): Harold Logan, Lloyd Price
Publisher(s): Lloyd And Logan Inc.
Record Label(s): 2007 The copyright in this sound recording is owned by The Blue Aeroplanes under exclusive license to EMI Records Ltd
Official lyrics by