[Verse 1: Johaz]
Yo, yo, nappy headed snot nose
Lawn full of potholes
Grew up in the town where your shoes called zapatos
Was a skinny nigga so the people call me flaco
My older cousin Reggie was my only other honcho
Every Sunday morning we would go to the mercado
Piece of (?) of soda and some fifty cent tacos
Buy us that Tijuana with the rats and cukarachos
Headed across the border, with my mom to her trabajo
This to my brother Pablo, can't break the bond with you and I
Held a nigga down from pre-school to junior high
Never had a lot but always comin' through when do or die
Always had a smile but on the inside, you would cry
Always told use my mind, the world is your canvas
Moved in '94, the same year as Illmatic
Then back to the block with John in elastic
The way he lost his life in that car it was tragic
Tried to understand it, still can't get a grip
7 years later niggas still don't give a shit
Down to bend a knee thankin God that we here to live
Barely in our scenes havin' dreams that we gettin' rich
Always knew the boy could spit, niggas call me Battlestar
Learned most of my game from the routes of Mt. Agalar
Still the fastest in my P.E. class
One love to Big Lenny and D.E. Slash

[Verse 2: Fashawn]
There was once two brothers of the same breed
The same type, wore each other's Nikes
Tighter than tube socks, even dressed alike
Any drama throw the gloves on, let 'em fight
In the backyard, or the front lawn
Meet little Corey, and young Shawn
Before puberty hit, the two of 'em skipped-
School on the usual tip, polluted the strip
Corey's mom always left weed around the house
Corey called Shawn, next thing you know, he sneakin' out
To help him with his hustle, on his daily route
Until one day, they ran into a scuffle
With some young'n's from the other side
Corey didn't make it, Shawn survived
But his lost his best friend in the midst of bullets flying
Hard to even smile but he's tryin' But... you know what they say...

[Hook: Fashawn]
Cause everybody grows, and everybody knows
That time moves fast, I just want to make the good times last;
You live and you learn

[Verse 3: Blu]
I already got that swisher rolled
Gangsta boogie to the liquor store
Puttin young Ach on shit, a kid who shouldn't know
(?) Waitress, kissin on your sisters nose
Meetin Martell at the mall, just to hook a ho
(?) on the box where my pops pushed the night
Cookin' white, sidekick was grits and sugared rice
Hooded nights at the cypher, round table no mic
Like, "you ain't know 'Get Like Me'?", no dice
Hide-and-seek with a fly freak, shy like a geek
Gettin' credit fora kiss on the cheek
You ain't beat
Gettin' beats from the motif
Pass on the Casio
Wanted that one and a mil', before Casio
Always had a savvy flow, back when it was cavi-
So Cali cause I roll in a Caddy
Said, "fully I be feelin' that hood, G"
Still hold cold since that one ho pushed me
Come on, how could he?
A rookie still buildin' up my memory stats
Black, my phone got stole, give me three years then hear me back
Brrrrrring, ch, ch
Chirping something something something
No, chill nigga, I'm working

[Verse 4: Exile]
Yo, pornos in the range-range
Hidden for the main vein
Took 'em from Pop's stash, then after made pot ash
Listening to King T
40's on empty
Memories of times before the 2000MP
Heart was never empty
Pockets super empty
Beggin' for change to fill his stomach on empty
Times were more more simply
Face was too pimply
But still hittin chicks -
Young, dumb, off of rum
No condom on some stupid shit
And love on some Cupid shit
Pure heart, fell in love with many of these stupid chicks
But that's how it go though
Only snorting No-Doz
Car-hoppin' stealing everything, alarm would ring
Run before one time spotted us
Dumb shit we hold very deep inside the heart of us... 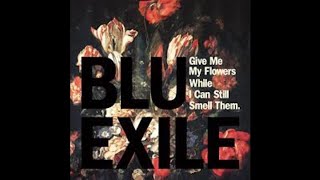