Eaters Of The Dead Lyrics

Eaters Of The Dead Lyrics


It was last Saturday night, and the moon shined bright
When a couple of freaks walked down the street
The already watched the newest gory horrormovie-trash
And so the were hungry for some rotten human flesh
Julian, George, Dick, Anne and Tim passed the cemetery
lane
When they met him – it was zombie-joe who said to them
“One of you is the winner to become my midnight-dinner”
Ref.: We are the eaters of the dead
But zombie-joe looked suddenly surprised When the freaky crowd starred into his decayed eyes
They said: “we are the real eaters of the dead and for
your second funeral it´s never too late!
Cook him – roast him – eat him raw, we wanna taste some
Zombie-sushi now”
The dead eat the living and the living eat the dead,
And zombie-joe cried out loud when they kicked his ass
Ref.: We are the eaters of the dead 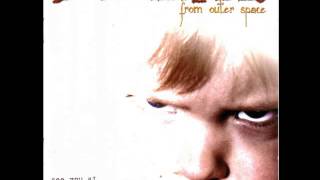 check amazon for Eaters Of The Dead mp3 download
these lyrics are submitted by kaan
browse other artists under B:B2B3B4B5B6B7B8B9B10B11
Record Label(s): 2012 Schlitzer Pepi Records
Official lyrics by