Greetings Ladies and Gentlemen of Earth and all native intelligences
of the forty planets, satellites, moons, stars,
and any other inhabited orbs
with contestants entered in the annual Grande Trex,
the only inter-galactic race.
This year's event promises excitement to surpass all previous races.
As many of you fans already know the route or track of the orbits, glides, etc.
has been increased by 5,000 million kilometers
thus enabling Grande Trex to include the B'Arc System,
in our present event and for all succeeding GT races.
Dragonfly Dragonfly
Satellite
Strike and fight

What's a drag race? Can't you see those dragons
Speeding up the street
But I learned they weren't real
Figments of the ancient fear

Rapid scan radians
For the chance
To win the Grande

Dragons fly they symbolize in myth and saga breathing fire
Look up there's one flying higher
Faster than the SCC
Is science hiding witchery?

Grande Trex fans throughout the universe are well informed
on the risks pilots take in entering this race, i.e.
re-entry into some of the alien atmospheres is tricky business
which can cause a craft to implode, explode, melt,
lose automatic structure, etc., while en route.
The craft are scheduled to surface launch 0700.5100
Greenwich time and are assembled on one of our very own stars,
Neutron Einstar EV 9.
The excitement is at a fevered pitch as the countdown approaches zero.
These hypersonic inertial transition ships
can calculate the negligible quantity of spherical differential for tight orbit,
are sonar-radar balanced and translate windage occurrence,
offset verniers, retrieve, execute prepare,
delay code and report astrogational error in a micro-second.
Naturally these specialized craft are equipped with apparatus capable of highly sensitive maneuverability.
They can dive, sweep, run random parallel paths,
alternate axes, circumnavigate for rapid survey, spin,
count milibaricly while simultaneously displaying an accurate diagram grid
for safety measures, not to mention the quanta limitation fixtures for sea level,
ground level, level off, and hover bearings.
We have retained as an added feature to stimulate more thrills,
the computer over-ride for a three and one half hours to two gens during
which pilots and co-pilots manually control free-fall, latitude,
longitude, protact gravity, revise dimensional equations,
run programme checks, submerge in the wild oceans of Jonrin 22,
to photograph as much territory as they can in addition
to the requisite three thousand automatic shots.
The postulate for mischance runs high but not as high as the tension
and competitive spirit right here on Earth and all over
the 4 galaxies represented in this Seventh Grande Trex.

The countdown is minus two hundred (-200)
and I am turning you over to the control room
at command central Sia Lan for the launch.
Good luck to all the racers and especially to our ship Dragonfly;
onward to victory.
(Remember comdirect and radio silence will temporarily be in effect.) 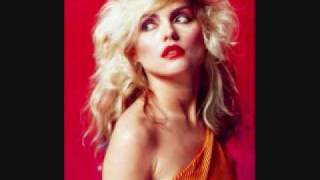