I represent Southwest, Del-Ray Jefferson
Festival ridin', we deemed around the Mexican
Me and Violent J, we murder heroin addicts
With every different saws, screwdrivers, and automatics
I like killin' anybody, I'm like Anybody Killa
I'm stompin' thru yo' city like a little Godzilla
I'll cut ya dick and balls off and make ya eat em'
Then choke yo' ass to death so you won't even need em'
Punk bitch!

You ever felt like you a freak in the night?
Outcasted to the shadows cuz you don't look right
Hypnotized by the eyes from the average muthaf*cka
Chrome to his dome, if he cries, he's a busta
There's certain rituals for bein' ghetto
Keep yo' ass underground, when it's dark, go balistic
I'm representin' all the crazy juggalos
With a hatchet in they hand, smokin' blunts after shows

Think about it, you gotta give it up to Blaze
I mean the guy is f*ckin' dead in 47 different ways
Yet he's leavin' Heaven hangin'
And chillin' with his boys
At least until they get his room ready in the Nethervoid
For now he hits the joint until it ain't none left
Which ain't bad for a dead guy supposedly with no breath
Death ain't scary, look at Blaze, he's straight
Even with the maggots and all, he looks great

Because I take out my hatchet and I quickly start axin'
I go juggaloco like a crazy assassin
Twiztid and the Posse, we say nothing confusing
Why? Why? Why?
It's just a hatchet execution.....
A Psychopathic execution

Throw it up y'all, lemme see yo' set shinin'
Rhymin'
For this paper, ain't nothin', get back to grindin'
On the Eastside
We ride
And Drive-By
And if you actin' live, kiss yo' mama and wave her bye-bye
I try
To get along and it don't work
I love to hurt
Whip out the pistol and do the dirt
I lay em' all down, shootin' in crowds and head-bustin'
Have yo' people cussin'
He shot that muthaf*cka for nothin'

I'm that dead body walkin' retarded and crazy
And I'm down to bust shots at cops on the daily
Still claimin' Eastside but sides ain't shit
Cuz we all got love for the muthaf*ckin' hatchet
I got a little problem with actin' a fool I get Violent like J and then I spray up the room
Unfadable, real G's never goin' out
So I died, now I'm back, and I blast, and I'm out!

Rock N Rye with Hennessy
Dirty sex in alleyways
Chillin' with the heads, drug dealers, and the runaways
Killa, put yo' gun away
Don't make me take yo' life
Type of muthaf*cka bring an axe to a gunfight
Represent the family with the utmost pride
And we runnin' with a hatchet, muthaf*cka, do or die
Die muthaf*cka is what I'm screamin' when they go
And 187 on a muthaf*ckin' juggahoe! 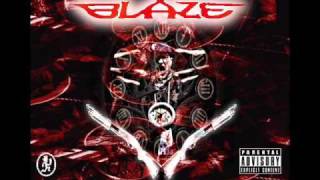