[Verse 1: blackbear]
Seein' you last week, thought that we were cool
You was with some bitches I never knew, I never met
You was actin' all brand new
How you gonna pay for your car and your crib with
YouTube checks and guest list
I'm friends with everybody you been havin' sex with

[Verse 2: Ne-Yo]
Shawty's such a pretty little thug
Smile like sunshine but let a chick talk slick just one time (she snappin') She accustomed to the trappin'
She don't let it happen, she make it happen
Ballplayers and the D-boys and make it rappin'
Be the type that should be attracted
So fancy but so much on the outside that nobody can see
How smart you are, how funny
Loyal and about your money
Well I can, baby (I can baby)
You know you're bad, you could have any man, baby
But I got a big heart, good sex
M's in the bank and a motherf*ckin' plan baby
You gonna hit me up? 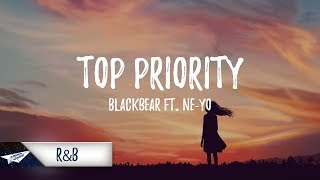