[Intro: message continued from interlude]
"I'm just gonna read you a little bit of ?:
'I like to start off by saying that prison is truly a living hell
It is a place where love and compassion are looked upon as weaknesses
And violence and brutality are worn like a medal of honor
Prison is a tedious task of survival that could shatter your dreams and ambition
The California Department of Corrections ISN'T designed
to help you rehabilitate yourself or even help you
to become a productive law-abiding citizen'"

[Verse One: Gift of Gab]
Young leaders, little unsung heroes
You can run some meters, be a hoop or a track star
School teacher, scientist, or even
own your very own street, maybe even be a rap star
Times witcha, you could change whole pictures
Make a better situation, for your mother and yo' big mama
Make dollars, own a ride and a house
Get it right, use your powers, getting' everything you did want
Then the youth say, "Look at where I'm at now
Straight poverty, death is in my backyard
Dope dealers, get fifty G's a pack
While my teacher don't really give a damn about a black child!
And the grown folks say, 'tell the truth', then act fowl
Say 'no' to drugs, hidin' all they crack vials
And talk all about peace and love and God
But then why are we at war, killin' people in Iraq now?"

[Verse Two]
Young sista had a child, still young herself now And it's others all around screamin' turmoil
Ain't done wit' school, how are you gonna make it now?
Life is gonna be a little harder for you girl
Some how, she sees the face of a child
And on her face is a smile, and now it's brighter up in her world
And makes her stronger now, she's gotta carry on
And be a very good mama, this is life, let it unfurl
And she's doin' it, mother of the earth now
Found a blessin' in the struggle through her first child
Kept goin', kept growin', kept flowin'
Kept strivin', kept knowin' God would make a way somehow
Live yo' life, girl, show 'em how it's done now
I believe in you, so keep it movin' 'til the sun's down
Never let them hold you back from anything you want now
Life is but a ride, so find the treasures that are unfound

[Verse Three]
Young brotha, takin' care of his mother
Makin' bread, gotta hustle, 'cause the table's lookin' thin now
Stress ridden as he walks his little sister
to her preschool, which is up the road just a few miles
Back at the house, his mom seeks magic
Through the pipe smoke travelin' through her lungs out and back down
Worst part that breaks the young man's heart
is he's the one that's supplyin' it, he feels like he's trapped now
'Cause every time he says, "No", then she'll spaz out
Start shakin', "Mama, please, where is dad now?!"
Guess he's gotta be the home's only man now
Left the life alone and gotta whole other plan now
Stacked enough to put her in a rehab found
Work and got a G.E.D., his sister's in his hands now
And with support from other members in the fam
Gonna make it out this struggle, young people, here's your chance, come on! 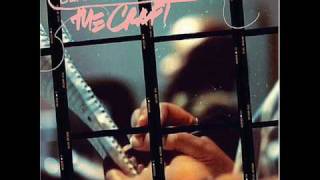