Freak Y'all
Black Sheep
To Whom It May Concern U Mean I'm Not State Of Yo Similak Child Peace To The Niggas Me And My Brother Let's Get Cozy H.A.A. Gotta Get Up For Doz That Slept
Official page Freak Y'all video Black Sheep twitter Black Sheep facebook


Once again the Black Sheep are coming back at cha
And I am the fabulous Chi and we gonna do it
Some real freestyle stuff for all the ladies and gents
So check it out, y'all, kick it

It's time, time, time for the freaker to kick it through your speaker
For the B-boys and Jameekahs, contrary to popular
Sheep won't play the pop and if it comes to we
We won't tell it to stop, 'cause see, that's what we do
And I know for sure that I'm a razor sharp-witted black entrepreneur

Me, y'all, nicer than your mother on your birthday
Getting mad attention like the planet does on Earth Day
Speaking of which, ain't it a bitch of a lesson when they say
"You'll miss your youth" because I know you feel the stress when
Chaos, chaos, chaos is the headline that means we're
Near our deadline, so take your mind out of the f*cking fed time

Listen to the brother Dres, I says if only our records sold in Brazil
Still, I sell all types of formats, s sound around that you heeded
When it's completed, you can't beat it, it's what you needed, hip-hop
Hip-hop, it's the cool type of sound that says the niggas won't stop
The noise, 'cause sometimes can spawn so much confusion

I wish, my people had the heart to start a revolution instead of picking
On lil' ol' we put your mind where your nine's at and shoot to be free
B, I'm like smooth soarer with the music out beyond me
And make moves with more strategal than the army

I'm all about peace, peace, peace in this nation
But if she played me in the womb, I give my mother complications
The nigga named Dres, I raps like a gangsta bitch bandanna
Peep the grammar, I appeal like banana pudding, I couldn't come
If I couldn't get it done, I might dine and dash, I don't rhyme and run

I make it better than mo', my style is wetter than hoes
Than blasting H2O in the fifties on Negroes
Still, brothers of today are out to get it done
Don't call us Bigger Thomas, we packs a bigger gun
The updated version of the glamorous life

Sees me, the nineties Negro that's got a black wife
Believe me, clenching on a bag and acting cheesy Me settle with Edith, I'd rather chill with Weezy
Check it, I wreck it like a drunk driving wino
On a barbecue I'm getting crazy light like an albino

So follow the ceiling to the floor of the Apollo
Now swallow with Franklin, I'm catching lightning in a bottle
A phenomenon, whenever bombing I'm causing hysteria
I pick up the mic like the stage was the baggage claim area
Ticket, I kick it wickedly, I be Tiki tocking, clocking, ripping
All around your block, you're jocking the brother named Tiki

Better be known I freak it every time I speak on CD, vinyls, cassettes
And that's the technique I use, choose your choice and check it
I rips it on record, I wreck it when I rip it, the Sheep will resurrect it
For all neglected, we had to intervene, Black Sheep back on the scene

I, I gotta work, y'all, gotta work real damn hard
Catch wreck and bust my ass so you won't pull my card
Still so many try, I have to wonder, why they
Play with two fly brothers that they can't slay
I'm eager, anxious and I'm hungry to rip dubs like shrubs

Stressing every scrub in clubs across the country
Dres, I handle trauma like the plates in the vest
Drop a rhyme like a load shoots across a hooker's chest
Best believe I be no stranger to static word to Reby
My centipede be automatic so don't do it 'cause, baby

Hamburger won't help ya, if Dres gets ghetto life like wool blankets
Found in a shelter where niggas hairy like Chuck Norris
I gargle with Lavoris, make it clear on the chorus
Like I was Edgar Morris, yeah, I stomp for reason not for feeling
'Cause one man's flaws is another man's ceiling, now when

I was a child, I did things as a child but now that I'm a man
I bust your ass and get wild, my style from jump, nowhere near fear
Yeah, y'all talked this to that I held my head and persevered
'Cause now the live wire empire expands with grands of fans
Black Sheep by popular demand, so throw your hands in the air
And let 'em free fall and just freak freak, y'all 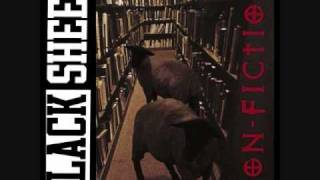