[Verse]
I'm sending murder for hire
I just had to knock off a client
He tried to steal off my plate
Put that lil' bitch on a diet
You niggas know that I'm hot
You niggas know that I'm fire
I send a hitter like Beck
You niggas thought I was tired
Uh, all I gotta do is drop a pin
Shooters pullin' up in the Benz
I ain't even gotta touch work
I'll bet a nigga still get it in
All I gotta do is drop a pin
A hundred young niggas gon' spin
(Skrrt, brrt) Hit 'em up like, uh (Brrt, brrt)
I am the half-A
That mean I'm the boss, you do what I say
I got a AK
I feel like Tony, who wanna play, play?
Don't come a day late
I need my racks, this is a payday
I'm talkin' 'bout mayday
Shooters come through and they gon' spray, spray
Knock 'em off like Luciano Choppa gon' sing like soprano
Playin' with the keys like piano
Run in with the sack, no Sano
Uh, kill a f*ck nigga on camera
Run off on the plug, new work, new channel
Blew a nigga down like [?], like a candle
Just popped a seal, new pint, new Fanta
I stay one hundred 'cause, nigga, that's law
Niggas be faking and niggas be flaw
I'm in the kitchen, I'm cookin' up raw
If you catch a body, don't tell what you saw
Uh, put a million M's on my payroll
My life changed when I met Diego
Big blue faces in my bankroll
Bitch, I'm a Carolina Narco, let's go

[Outro]
And that's just the intro, nigga
And I'm still the richest in my motherf*ckin' state, that's no cap
Baby
And I ain't got to sound to go, y'all niggas already know how I'm rockin', nigga
My nigga just like Rocky, nigga (Boom)
Explain lyrics
Correct lyrics 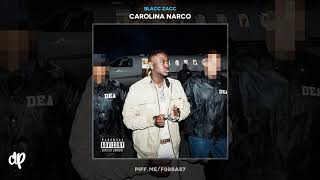