[Intro: Bizarre]
Yeah...huh...(hip hop, hip hop, hip hop)
Turn my mic up a little bit (hip hop)
Hit some of this Cali guido(hip hop)
Listen to some muthaf*ckin'... (hip hop)
Everybody got a little story they gotta tell
Niggaz ain't heard my shit...hahaha
The life of Bizarre...what!

[Verse 1: Bizarre]
Hip hop, that's the way of life (Word?)
If you think you're nice, then go grab the mic (Grab it!)
Let me tell you my story, 'cause everybody got one
Grab a pen and pad and start to jot some
Always told myself that I would never be losin'
Man I ain't had no hood, my mother was always movin' (Damn!)
From Detroit to Texas, Texas to Detroit (C'mon!)
God damn, Mama, what's the point? (the f*ck?)
So I would go in my room and pack my little bags (Aughh!)
Jump in the truck with my step-dad
When I was ten years old, I started to feel the hunger
Got a little older, man, the force got stronger (Yeah!)
And me and my rap partner wasn't seein' eye to eye
So he picked up and started a group with some other guys (Haha)
This is hip hop...man, I won't stop
Yo Big Boi (What up?) Gimme a beatbox
[beatbox]

[Verse 2: Bizarre]
From the hip hop shop to Maurice Malone (Uh-huh)
Ten years later, I'm still in the zone (Word?)
7 Mile and ??? where a star was born (Yeah!)
United we stand, divided we swore (D-12!)
And hell yeah, I lived in my car (Yeah!)
Bitch, I was homeless, I would have slept in a jar (Hahahaha)
And Dirty Management, I wish all the best
But me and my niggas, we had to do what's best (That's right)
It was a mess, all them taxes and accounts (What?)
Checks started to bounce, niggas couldn't buy an ounce (Hell yeah)
And now that we platinum, they diss our name (What?)
Like we won't go to the car and get them thangs
And beef, sometimes you don't have a choice
To the fight with Whitey Ford to the beef with Royce (What?!) To the Ja Rules, Benzinos, and niggas in the club
To the e-dubs and niggas you ain't heard of
And man, I don't know how to use a gun (Naw)
But I'll learn quick if the f*ckin' beef come!

[Verse 3: Eminem]
Man, I thought this was supposed to be hip hop, hip hop
I'd rather be fishin' in flip flops, flip flops
Or cross over to country like Kid Rock, did, I
Can't see no country singers beefin' over some guitar
Riff that Willie Nelson lifted from Bob Seger
When I was younger I was so eager
To have a gun I would do the same
Couldn't wait to get to the shootin' range
Me and my man Goofy Gary just tryin' to let loose some steam
Muthaf*ckas laughin' 'cause I couldn't aim
So I'd pull the f*ckin' target closer and just shoot the thang
I used to have this theory: keep three bullets in the gun
It was a mandatory year up here in Michigan
For each bullet if you got no CCW license
I tried to apply for one, they said it'd take 5-6 months
What the f*ck am I supposed to do mean time when rivals come?
Hide that sumbitch in the glovebox or inside the trunk
Now, back to what my three-bullet theory was
I'm triple platinum, I ain't tryin' to catch no murder one
Figured I'd shoot to wound, probably miss with at least one
But them other two gon' f*ck his shoulder and his kneecap up
Then I'ma say it's self defense, how come I had the gun
Was because I was at the range, on my way back from
This dude approached me on some bullshit
I'd get a year for each bullet at the most
As opposed to havin' a full clip in that
That was my idiotic logic, it was basically for safety
But it gave me power, and it made me crazy
And psychotic, I just got retarded once I got it
Thank God it was empty the night that I got caught with it
What the f*ck, man I thought that it was supposed to be... 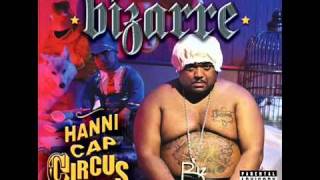