(Verse 1)
I’ve always felt that nobody really understood me and that I would rather die than go on livin’. I feel like I’m falling into some monotonous de je vue; that nobody understands me.

(Verse 2)
And then there’s those people, they act like they don’t have souls, and when I try to let it slide it hurts all the more, but I know its what’s right. So I’m just gonna let it by. (Chorus)

(Verse 3)
And when I’ve had enough, I hit the streets I pass the old school house, walk up the hill, through those 2 big doors and then I remember that SOMEBODY UNDERSTANDS.

(Verse 4)
And when I feel that nobody understands all I gotta do is think about Him, and I’ll know that somebody understaaaands. 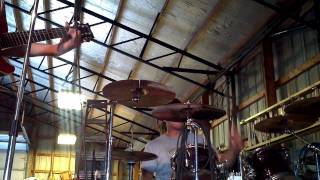 check amazon for Nobody Understands mp3 download
these lyrics are submitted by Grace Fontenot
browse other artists under B:B2B3B4B5B6B7B8B9B10B11