The Man Who Would Be King Lyrics

The Man Who Would Be King Lyrics


Mogambo, the new world in motion picture entertainment
Mogambo, unforgettable adventure in untamed Africa
Africa, known for centuries as the white man's graveyard
The heat and fury of the jungle tears
The veneer of civilization from these women
No holds afar as they fall in love with a man who lives for adventure

Facing existential threats, my advice, kill ‘em dead
No regrets, the devil's rejects writ large
Observe the precepts of a benevolent god
Blue-eyed Prometheans in the heart of darkness.
Land of the monsters. Walk like Quetzalcoatl amongst the conquered
Dick hard. Put myself in the stars
This woman in the dirt, face down, ass up, doing God's work
Go native, the world is yours. (It's mine, it's mine, it's mine)
The sound of Maxim guns still sends a chill up my spine
Empire of the Sun never sets, a Christian's duty is never done
You can bet on significant returns to all shareholders
King Solomon's mines, just give me a hundred experienced soldiers
The knowledge of good and evil, sweet nothings whispered by cobras
Useless baubles given to greedy chiefs
Lies told with the practiced ease of an old thief
When they hung the poor nigga, I felt a certain relief

(No time for discretion...[yelling] I think I'm gonna run out of bullets before they run out of spears.) Take up your burden, the savage wars of peace;
Fill full the mouth of famine and bid the sickness cease;
And when your goal is nearest, the end for others sought
Watch sloth and heathen folly bring all your hopes to nought

Gold ill-gotten with guts and gleaming Martini-Henry Guns
With that holy trinity, who can argue my divinity under two red suns
Return like Kipling's dead son, summoned by monkey paw
A thousand Philistines slain with a donkey's jaw
Gave them the rule of law, schools, roles, jobs, clothes and shod
Still, they fled to the land of Nod
Eden's East, upon his brow mark of the Beast
Empire fat like a cow slaughtered for the feast
The stink of a jackal's teeth
The gears of war get greased, ground ‘em down to raw meat
Whites of the eyes, limpet mines
An Apartheid of the mind, Brittania's corpse exhumed
Hangnail still growing, Dr. Livingston I presume
Blood river still flowing
The forest inexorably growing as Kinshasa crumbles
The dreams of Romans drowned out by Nyiragongo's rumble

Take up your burden, the savage wars of peace;
Fill full the mouth of famine and bid the sickness cease;
And when your goal is nearest, the end for others sought
Watch sloth and heathen folly bring all your hopes to nought
Explain lyrics
Correct lyrics 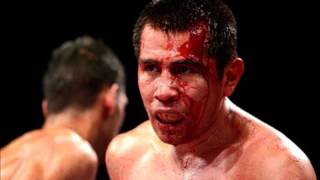 check amazon for The Man Who Would Be King mp3 download
these lyrics are submitted by itunes3
Record Label(s): 2012 backwoodz studioz