Ah wis headin' wi ma cromack up frae Gretna Green tae Skye
But ma journey has an element of farce.
'Cos the calendar has stated - it's the middle o' July,
Yet here ah am wi' snaw up tae ma arse, Oh - yo!

I am headin' for sweet Afton, that's the place that ah am daft on,
Where the smell o' tattie bogle fills the air.
If ye poke amang the heather wi' a feather ye will see
Where the untamed hornie-golluck has his lair. Oh - yo!

Ah remember Annie Laurie, sure, ah had her in a quarry
On the road frae Tobermory tae the sea.
Ah remember Mountain Daisy, an' that lassie wisnae lazy,
'Cos ah remember Daisy mountin' me. Oh - Yo! Ah remember gettin' pally wi' a peely-wally 'tally,
In a chalet doon at Butlin's camp at Ayr.
An' ah gied her a bambino as she lay an' read "The Beano"
Then she said, well how did she know ah wis there? Oh - yo!

Ah wis jist a wee bit randy as she lay an' read "The Dandy"
Then she went an' put a pot upon the hob.
An' she made me tagliatelli, which she balanced on her belly
So's ah could eat while ah wis on the job. Oh - yo!

By the time the job wis over, she wis halfway through "The Rover"
An' had started on that week's "People's Friend"
An' she made me veal escalope an' we had another wallop
Before ma strong desire came to an end.

Oh the Scottish Summers have a certain lack of charm,
Due mainly to the sudden rainy squalls.
But the Scottish lassies can aye keep her laddie warm
By their tender ministration to his knees. Oh - yo! 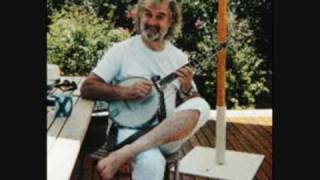