[Intro]
It's the first day of school, and I think I might quit
'Cause the things I've been seeing in here don't make sense
So I packed up my things, and I walked through the door
And I'm going somewhere else instead

[Verse 1]
So, I chopped down some trees, and I built a small house
And I just might be small enough to live in it
Then the rain came pouring down, and it made some cool sounds
And they'll tell you what those sounds said

[Chorus]
Said "Hello" and "Goodbye,"
"Do you feel alright with the days gone by?"
I'll never waste my time, I'll never say goodbye
Yes, I will, but I won't say it tonight

[Verse 2]
So I picked a new character, and I've just chose my shirt
And I'm going to the land of the two letter words
On in up at or so, by if to of no it
It's a feeling we can't forget

[Chorus] Said "Hello" and "Goodnight," "Do you feel alright?"
"Do you remember the days gone by?"
"Do you remember the way that we dreamed we could change our lives?"
"Do you feel like changing your mind?"
[Verse 3]
It's the first day of school, and I think I might quit
'Cause the things that I'm feeling still don't make sense
And I've tried to explain, and it hurts to describe
So I'll sing this song instead

[Outro]
It's the first day of school, but I think I might quit
Gonna learn some new lessons I won't forget
Gonna write them all down, in the language of love
And I'll teach them to everyone
Explain lyrics
Correct lyrics 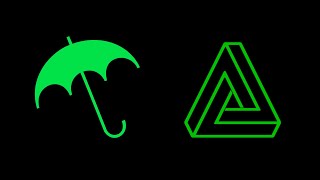 check amazon for Might Quit mp3 download
these lyrics are submitted by itunes3
browse other artists under B:B2B3B4B5B6B7B8B9B10B11
Record Label(s): 2019 Bill Wurtz
Official lyrics by