eLyrics B Bike For Three! Lyrics


Night driving. Faced my wheel.
Both of my legs replaced by steel.
Lights in my eyes. Rear-view rosary.
Woke up this morning with your blood all over me.
My finger drew a deep red line.
Shout. Living without dead time.
Scared, yes. That would be a fair guess.
A New York City that couldn't care less.
Nights in Paris I just about died.
Behind doors that locked only on the outside.
Wandering hope attacked by worries.
Bended. Attended to by furies.
Communion swallowed, my head hung.
Taste of paper on my tongue.
'I see nothing', the driver said,
'I can't tell if I'm alive or dead'.
I'm a runaway...
Ten to two and the highway's divided. Don't look back - my way's decided.
Milk's been spilt, the wall's been built.
Bones like glass and painted-over guilt.
Unanswered questions I fed on in prison.
Opposite fears in head-on collision.
I am the passenger - passionate, ill-at-ease.
Silver teeth and psychic abilities.
Roots and wires. Evens and odds.
Degrees of perfection. Demons and gods.
The loneliest hunter, fists in his pockets.
Waits and distances, pistons and rockets.
No going back. Black afternoons and red nights.
Lost in thought and caught in the headlights.
Into the unknown, I better arrive.
I can't tell if I'm dead or alive.
I'm a runaway... 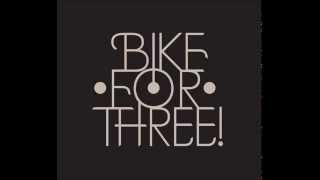