[Big Shug:]
Puff thai, I got to elevate the mind
Come with the rough rhymes, each and every time
The lyrical's tight, and so is my game
I came to hang 'em high, and some might get maimed
Dangerous, not the one to trust
Itchy be my trigger finger if I have to I bust
Or touch, any MC who got the nerve
To step to Big Shug and get served, my word
You wanna know what I'm about?
Come a little closer, and I'll knock your f*ckin choppers out
And I'll be laughin at your toothless ass
When your man run up, he catch a Heineken bottle blast
I'll be the one to take 'em down
Niggaz be tryin to play but now Shug's in town
And I gots to crush 'em down
Limb by limb, cause I'm runnin my game again
Now I'm here... to rule again
Kickin faces in like a soccer hooligan
And I'm choppin cats down that are weak in the rap game
After I'm finished, the punks think I'm insane
No time to clown around
Like Green Bay we "Pack", when we come to bang 'em down

[Big Shug:]
I slap up punks with a vengeance I got hardcore rhymes, in each and every sentence
I mentioned, I like to box or go fencin
I'ma do you in punk, I got to pay my rent son
And I'll be crashin down on chumps
And in my left kick I might have the bag of skunk
Cause niggaz be cryin in this game too much
So it's time for Big Shug, to f*ck 'em up
Stuck 'em up, for they cash and respect
Now they lay motionless, with a broken neck
Put punks in check, Shug's on the set
Who'll be the next MC to wanna flex?
I'll leave you roughed up like bedsheets after sex
So if you comin kid, you best come correct
I attack yo when I'm low on dough
But I get paid nicely to rock fly shows
Goes to show, there's life for dope pros
If Shug don't see ya, you get the elbow
Or hear the tormenting sound
Of wack MC, getting smashed to the ground
I bang 'em down

[Big Shug: singing]
You're a mean one, you f*ckin punk
You only talk shit when you're drunk
You think that you are bigger, when you drink that f*ckin liquor
You f*ckin puuuuuuuuuunk, I'll beat your assssssssss! 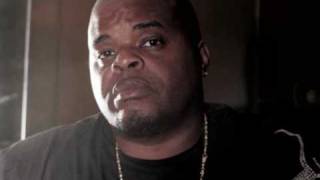 check amazon for Bang Em' Down mp3 download
these lyrics are submitted by kaan
browse other artists under B:B2B3B4B5B6B7B8B9B10B11
Songwriter(s): c.f. martin