[Verse 1]
Welcome to Hell's paradise
I always heard life was a pair of dice
Seven Eleven, or a pair of eyes
As I'm looking at her smearing eyes
She yelling take them glasses off your eyes are the only things that not lying
Not caring to the point that I stopped lying
I tell her I feel the same
She tell me nigga quit playing you the only one that's not crying
You said you wasn't on no steal your man shit
If I broke it off now we won't be on some friend shit
Man, what goes around comes around like some ceiling fan shit
I broke the levy to your eyes
That I don't give a damn shit

[Verse 2]
Wake up then, Call your ex and make up then
What was no strings attached got tangled when
Fun stopped being fun, and feeling tried to finagle in
We had that independent love, you tried to bring a label in
Girlfriend? Nah, I already got one
You need a good guy, and I'm already not one
She said we lost a kid already, I'm already not that young
My biological clock is ticking, I'm not just trying to have fun
Shits way different from us first chilling
Sometimes last words can have the worst ending
Wish we could fast forward time and reverse endings
Is there a warranty for love to return and fix it
She said you good either way, when it was her last night nigga and me today
You the man, Huh? Getting all the TNA
You f**king her raw too, sharing our DNA?
And so on and so on, and the shit just always goes on
Nothing about us feeling right
But she'll be back before the end of the night 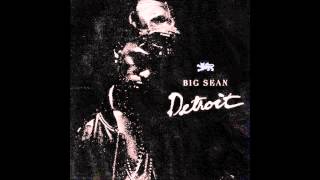