[Verse 1: Big Sean]
Coming from a city where bullets turn bro's into souls
Who knew from that concrete that a rose had arose
Good girls stopped being good when I turned 'em into hoes
Dreams stopped being dreams when I turned 'em into ghosts
BIG was the first one that had it
Then I saw Nas' chain, man, that was illmatic
Then I saw Kanye's hanging from his gold necklace
Then Ye gave me mine, that show you my work ethic
Mom had that hooptie that she ran in the dirt
Used to pick me up from school right after work
Now she rolling up in that Caddy like she coming to church
She's ask why I rock all this gold, cause I'm coming in first
Got the streets behind me like I was staring in the rear-view
Used to have to take showers standing in the mildew
Now I'm in the penthouse, look what a mill can do
Looking in the mirror and I'm still you, I'm still you

[Verse 2: Nas]
What's the noise all about with this rap stuff
I can say I never been punked, robbed or smacked up
I can say I never been chased, jumped or backed up
I learned to patch it up to get passes to niggas who be acting up
Cause it's a mental game, I learned that when I got my first initial chain
I didn't fake it, it was gold plated, I was [?] relatin'
To those dealing with blow, had the [?] it was those gangsters
That bonus, that culture, those projects
Shiny shit on their necks, making both of my eyes squint
They got in my bones, now I'm coppin' stones
Sorry Sierra Leone, one day we'll right the wrongs
18 karat gold Cuban on, not too short, not too wide, not too long
My pendant offensive, in the truest form
Platinum gold, rose gold, what you on?

[Verse 3: Big Sean]
On a highway to heaven, look at all the tows I paid
I done gave my city
No matter what why I turn things go my way
I'm rocking chains everyday, so you know I slave
Even when I'm just walking 'round the crib, nigga To remind me of everything that we did, nigga
Look up in the mirror, chain only thing lyin'
No heroes where I'm from, bullets only thing flying
I know the higher that I go, the harder to climb
But after that, the bigger the muscle and smarter the mind
Police only work 12-hour shifts
Cause in Detroit that's cheaper than the bailout, bitch
Trap house built brick by brick, paid dues on dues
FF good, you know I'm reppin' crew on crews
Stack bills on bills till my backyards got pools on pools
Girls on girls
Lingerie and Moulin Rouge
God damn, I think I'm gon' O.D.
Off this asparagus and bread and pasta
Need a doctor
I've been dogding shady hoes and rainy days
It's like I got a built-in doppler
And it's a shame, a goddamn shame
I don't remember my first love or my first time prayin'
But remember my first ass and the first time she came
It almost felt as good as when I got my first chain

[Verse 4: Kid Cudi]
It's such a wonderful thing, to see the end of all things
Niggas and bitches, where you at?
I got my mind is on me
A couple others and dreams, would've seen me
My niggas in this bitch
About two months in a week's time
Movin, feelin hellish...
With lemon/lime shine
Now how the f*ck can i chill now?
Kanye think I'm dope
See this piece that I own now
How sick is the rope?
Taking life for what it is
The troublesome chick, who throws fists
Sometime's it's the weather
Things switch up, people trip up
The money come down, then climb up
But when it come again
The most creepin', deceivin', men are scheme-schemin'
Saying that you love me
...and if you don't
Motherf*ck that sometimes
Get it, shred it
Young nigga lost to the night
I'm so ready to let it go
My life is f*cking awesome
...but I'm awesome
So f*ck whoever has a bad thought
Don't know the god
'Cause when I leave this bitch you all gon' wish you knew the God
It might be too late, but the song...
Just know this fact, ou were all wrong
Now watch me do my silly dance
Not really a dance, more like a...
I'm signing off with a crotch grab

[Outro: Kid Cudi]
Thank you man. for letting me get on this record Sean
You the coolest
GOOD nigga music forever
Understand? 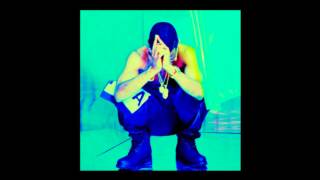