Brave In The Heart Lyrics

Brave In The Heart Lyrics

I'll battle ya all, from the charts to ghetto stars
Face Triple Seis, the God of War like Mars
That leave MC's smashed but my Squad is odd
Y'all never seen relish but always seem jealous

Of my extreme fellas, rockin' the [unverified] sweaters
The ones who paid with their life
I rock for forty days and forty nights and every verse is tight
Better than before, rough, rugged and raw

Chainsaw metaphor that leave your brain sore
This ain't a game, I'll leave you maimed
Allow me to explain
I thrive on the pain while robbin' your chain

Knahmean? Do him and the fiend, grab his wallet
Leave a trail-blazin' like
(Rasheed Wallace)
What's today's knowledge? Hold your heat like The Peacemaker
I walk the same streets the police take us

Livin' on the corner so won't speak it out my mouth
Respect and got the money son, that's all that it's about
No doubt, silence of code, violence of mode
Under control, can tell my real niggaz really roll

On the low tryin' to blow trees
And for no reas', we hit a nigga up for mo' cheese
Better relate and start to think or be the missin' link
I got my Hustle on like Larry Flynt

Hold your toaster low, business never personal
Just some words to know, if you run the streets
Come in peace or leave in pieces
Even Jesus was killed by the polices

They crucified him now they inject us with juice to fry 'em
Depends on the state if death is my fate, then cool I'm dyin'
If that's my destiny it's meant to be
Just remember to bury the motherf*cker that bent me right next to me
Aight crew?
(No doubt Pun)
Aight then, let's fight then

I'm hyphened, comin' with the thunder and the lightning
Invitin' the comp, ice on the arm
Nights when I storm, snipin' your moms, right from the Bronx
Mic in the palm, it's the ghetto God
I rip a nigga heart out his frame, while I scream Terror Squad

Be larger than life, my initials carved in my wife
She said she'd starve on a diet instead I'm a God in her eyes The father of Christ, sure to be immortal
Guzzlin' beer bottles by the dozen with Devin that's mi hermano

Big Pun will be here, forever
We brave in the heart, p-p-p-playin' a part, amazingly smart
Remember Pun? That's the ghetto God

Big Pun will be here, forever
We brave in the heart, p-p-p-playin' a part, amazingly smart
Remember Pun? That's the ghetto God

We brave in the heart, p-p-p-playin' a part, amazingly smart
Big Pun forever

You ain't understand how I push your wig back quick
A little quiet nigga wouldn't think I did that shit
I'm from where the guns love to introduce theyself
Reduce your health, little bulletproofs get felt
Who mind ready, for this big dog who hold a nine steady

I'm John Blazin' when you see the arms razin'
Shit crime heavy already, I keep it sharper than the long 'chete
Far from a snitch nigga who call Teddy
I click triggers, how you more ready and switch bigger
Than more berry, I'm a cherry, you a strawberry

If you lost that mean, I'm on top of the whip
You plottin' to flip, f*ck around and get shot in the lip
You stop with the quick and never make another move
Even your mother lose, I hurt up your pops to pay your brother dues

Make way for krill, I don't play, I spray for real
Blow your top with the glock, that's my favorite kill
Blaze your crib with like thirty shots
I'm already hot but my last one is with some dirty cops

Truth first, Terror Squad, shoot first
War with me and you guaranteed to leave the earth
I'm dressed to kill, my niggaz rep for real
Joe Crack's back like I never had a deal

Hungry and shit, it don't get more lovely than this
Blow a hole through your ribs just for runnin' your lips
The street's a trip; either you deep or you sleep with the fish
I keep a fifth for them niggaz that's seekin' to flip

We brave in the heart, p-p-p-playin' a part, amazingly smart
Remember Pun? That's the ghetto God 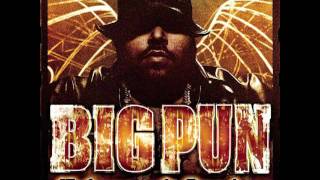