[Hook: Toya & Noke D]
Everyday I'm living, to leave this game
Praying one day, that my niggaz will see the same
Gotta make that money mayn
I'm on the grind, trying hard to get the finer things
(Lord knows I wanna leave, I hope that you feeling me
I pray that it's meant to be, I'm stacking my currensy
Paying duuu-uuu-uuues
I don't wanna lose, this game)

[Big Moe]
I remember putting FED time, on the line
Selling drank in the morning, until I lay down
Through the streets of 3rd Ward, when times are getting hard
From lucky seven and jewel, when he be jack mob
It was back in 9-2, up in High School
I wanted to sing, but still I was paying dues
Fast money had a nigga, trying to shine mayn
From I got one a dolla-dolla, trying to hit stangs
With my mama and my brother, on side of me My name is M-O-E, slash Barre Baby
Now looking back at my life, and I'm starting to see
From my father that's up above, it was meant to be

[Big Moe]
I've been scratching the surface, trying to get a lil' do'
Slide through the hood, distributing 10-4
Remember Moe, from a 3rd Ward house
Ha-ha, I done been fly
And then baby 9-8, with the windows tinted up
On the way to Screw house, still cutting me a dub
The hood was tough, but I called a nigga bluff
Monnie got the drank, and she'll bust
The vehicle stayed loaded, with a lil' something purple
The Barre Baby came out, with a lil' syrup in his gurble
Job, doing a year County behind bars
Hour midnight about two, and I'm riding through 3rd Ward
And I heard God, about in '98
My little brother hit the Penn, in the streets touching yay
I'm puffing bay, trying to let my stress go
I wanna stop, but my mother still in the ghetto 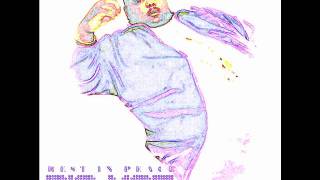