[Intro]
You know we can be active you know
I don't know what these other niggas doin, throwing me off
Real 187 shit nigga, Big Flock nigga

[Verse 1]
Don't believe these rappers, they ain't active (Nah)
If you is, then please show me some (?)(Please)
These bullets hit four metal jackets
Don't make me up this dog ‘cause it's attacking
My niggas holding mommas captive (They is)
I'm calling shots because i'm the captain(I am)
In the field, EA no Madden (EA, EA)
I'm from the Manner, we ain't got no manners (Swerve, swerve, swerve)
Ain't no standard in these hammers (Damn)
My gun plug that nigga a bamma
Bandanas ain't no Juul Santana
I call my man, and shot up his group up on camera (Boom, boom, boom)
He promised he was gon harm me (He did)
Told some niggas he was gon rob me (Ha)
Head shots to that nigga The only way to kill him, like he a zombie
Speaking of zombies, zombie chips up on this choppa
I'm Glocka Bin Laden
B308 better pull up and cop it
Get in my way, and you become a target (Damn)
Two Bics on me so we parden my posture
Long Mac like 90, like that bitch an ostrich
When we slide with it, it spit up like it's car sick
I ain't from the O, But i'm a felon that's heartless
All these niggas stole my style, they must need it (They must need it)
Don't need no credit from you guys, I don't need it (Nah, nah, nah)
Don't need no credit from them dudes I put on
You can hear my swagger all on it's own
But if i'm wrong you can tell me I'm wrong
I'll wait 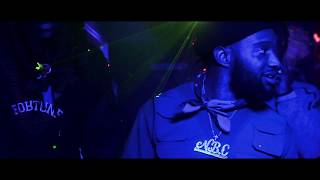