Wherever He Ain't Lyrics

Wherever He Ain't Lyrics


This ninny of a puppet was available
The second that he called
And all he had to do was yell, "Hey, Mabel"
And this dumb hash slinger crawled

For seven lousy years, I've watched him swear
And shove and shout
"With you or without you"
Well, it's gonna be without

I gotta give my life some sparkle and fizz
And think a thought that isn't wrapped up in his
The place that I consider paradise is
Wherever he ain't, wherever he ain't

Enough of being bullied and bossed
Ta-ta, Auf Wiedersehn and get lost

It's time for little Nell to rebel
If he's at Heaven, I'll go to Hell

My little love nest was a terrible trap
With me behaving like a simpering sap
And so I'm looking for a spot on the map
If he's going south, I'm going north
If he's going back, I'm going forth
Wherever he ain't
Explain lyrics
Correct lyrics 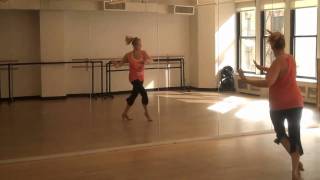 check amazon for Wherever He Ain't mp3 download
browse other artists under B:B2B3B4B5B6B7B8B9B10B11
Songwriter(s): Jerry Herman