Gather In The Mushrooms Lyrics

Gather In The Mushrooms Lyrics


Lucy went down on a farm, tried to milk a cow,
Though she tried she couldn't get the hang of it somehow.
The farmer looked at Lucy and murmured with a frown,
"Well you just hang on tightly, gal, and she'll jump up and down."

Chorus:
Oh, gather in the mushrooms, put 'em in a pot,
Pop 'em in the oven an serve 'em piping ho-ot.

To make herself more beautiful she thought she'd bathe in milk,
She said, "I'll have a bathful," to her milkman Jackie Wilke.
He said, "Do you want it pasturized before I pour it in?"
She said, "No, I'll be happy if it comes up to my chin."

The farmer called at Lucy one dark and stormy night,
She said, "You are too old for me because your hair is white."
He looked into her eyes and then he knew he'd have to tell her,
"There's snow upon the roof but there's a fire in the cellar!" Chorus

She took him in the kitchen, she was his turtle dove,
And then she started cooking dumplings on the stove.
She wore a low cut dress, oh it was as green as clover,
He jumped with glee 'cause he could see her dumplings boiling over.

She said, "You give me half a crown I will read your palm,"
And then she saw his love line went half way up his arm.
So now she's changed her prices, although she's just as willing,
It's big fat men at two pound ten and little boys a shilling. 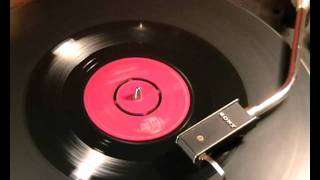 check amazon for Gather In The Mushrooms mp3 download
these lyrics are submitted by kaan
browse other artists under B:B2B3B4B5B6B7B8B9B10B11
Songwriter(s): B. Hill
Record Label(s): 1998 Sanctuary Records Group Ltd
Official lyrics by