[John F. Kennedy speaking]
We dare not forget today that we are the heirs
of that first Revolution.

[Benefit]
Critical, outlook on life seems miserable
Criminals running one nation indivisible
Reality is struck, morality is f*cked
You try to get a job but you're probably out of luck
So you systemize, eating lies politicians sell
"Vote for me" reality is "Follow me to hell"
Mutated chicken cells 10 on the Richter scales
Alcohol on the rise with increased liquor sales
Inevitable downfall is evident
Spend every cent on your chemical, but can't pay the rent
What's that all about? Nation under God falling out
Free will first amendment rights freedom calling out
Prisons are allowing homosexual housing
Where faggots f*ck in cells and guards find it arousing
A prostitute spreads her p*ssy lips for a target
She's garbage witness primitive animal carnage
She's getting f*cked bloody laid out on the carpet
So she can buy coke that the government put on the market
In lust we trust sniffing dust in the condom I bust
Uncle Sam don't give a f*ck about us
It's all monetary get our oils and the military And it very well may be we need revolutionaries
If you want to get fisted enlist in the system
And get f*cked by officials who call themselves Christians
I pledge allegiance to the flag
Social security number's my tag
Phony-ass politicians with fake charm
Catch a bullet in the head I got the right to bear arms
Understand that powerful planning is mandatory
Often in this category death can be the story
Trust no one, be a vigilante, pack a gun
Think the cops give a f*ck if you run? Come on, son
You'll catch a bullet to the leg, or the back, or the head
Hot lead penetrate soft flesh, now you're dead
Game's over, you lose, ran out of continues
This is the real life drama, it's the Ill Street Blues
Our country leads the world in political scandals
While graffiti artists are labeled criminal vandals
Expert military networks
Performing underground radiation so your head hurts
Classify everything, tyranny with no king
Inaugural poetry, the caged bird sings: 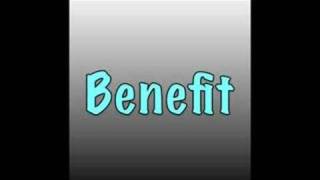