Whenever i come back, the air on railroad is making the same sounds.
And the shop fronts on holly are dirty words (asterisks in for the vowels).
We peered through the windows... new bottoms on barstools but the people remain the same, with prices inflating.

As if saved from the gallows.
There's a bellow of buzzers and the people stop working and they're all so excited.

Passing through unconscious states.
When i awoke i was on the highway.

With your hand on my shoulders, a meaningless movement... a moviescript ending, And the patrons are leaving, leaving.

Now we all know the words were true in the sappiest songs (yes, yes).
I'll put them to bed, but they won't sleep, they're just shuffling the sheets, they toss and turn,
(you can't begin to get it back).

Passing through unconscious states.
When i awoke i was on
The onset of a later stage... the headlights are beacons on the highway. 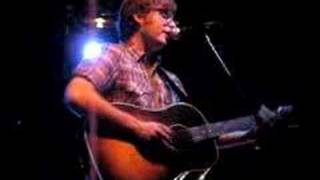 check amazon for Movie Script Ending mp3 download
these lyrics are submitted by kaan
browse other artists under B:B2B3B4B5B6B7B8B9B10B11