Within the seas of fleshly love, his heart was drowned so deep
At night he could not quietly without strange women sleep

Then like a lustful lecher he found such convenient time
That he enforced her to drink 'till she was drunk with wine
And being over-charged with wine, a maiden's head is weak
He ravished her and when that she no reluctance make

He womb began to swell; in time the babe received life
Though she was neither widow nor dame nor yet a married wife
Said she: "The babe within my womb shall never yet be born. Not called a bastard by such wives that hold my fate in scorn"

Upon her knees her her mother fell; to heaven did cry and call
"If ever widow's curse," quoth she, "on mortal man did fall,
Then say amen to mine, oh Lord, that he may never thrive
Who was the cause of this sad fate but not rot away alive"

But in the maws of carrion crows the ravens made their tomb
And then in hell he screamed and writhed in everlasting doom! 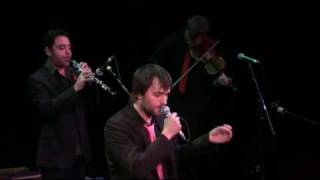