I took my bike to pick up my dame
I said hurry up ok ik gaan alleen
she said sorry, guy, but my make-up
will take some time, a while you're stuck
I told her that I did not care
I went to the fridge to get some beer
by the time to get out of there
I was lying pissed off plat sur terre

I sobered up and went to a friend
he plays guitar in our rock 'n roll band
found him before his door in the goot
told him, kom, let's play een noot
he said that's all quite nice and well
but I need something to refresh my keel
We just went to the stamenee
discussed the songs we could have played 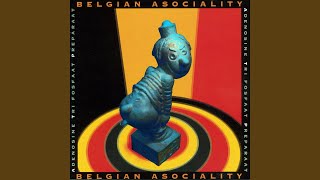