eLyrics B Before God Lyrics

Lost souls, mass deceased, rats enjoy the feast, burnt flesh, broken bones, amidst the fallen stone. No prisoners, no white flags, burn it like a rag, in gutted ruins, the fires stoke, all is up in smoke. By dawn my legions attack, with relentless aggression till the city is sacked. Firestorm, dragons breath, explotions bring the city to it's fiery death. From light-posts corpses swing, treasonous fools never knew a thing. Tiger tanks fully pound, leveling crack-row to the ground.

Homo-bars packed with gays, scream with anguish as they go up in flames. Rage and chaos sweep the town, First Ave. burns to the ground. Gutter punks, leftist trash, floating in the Missisippi for their final bath. West bank anarchists, burn together in a crisp. 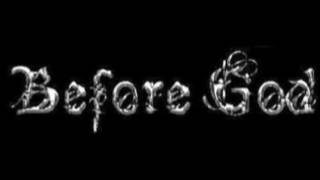 check amazon for Minneapolis Burns mp3 download
these lyrics are submitted by kaan
browse other artists under B:B2B3B4B5B6B7B8B9B10B11B12