What do you know about nerdcore?
I came in so hard that I kicked in the front door
Harder than the outer shell of Emma Frost
I'm simple and pretencious just like Macintosh
I'm fat can't dance, but I got good rhythm
Math says I own, just check the algorithm
These days every single movie is lame
Oh my god! Look out! There's snakes on the plane!
I read Black Cat spit out a monolouge
The watch the Strike Back of Jay and Silent Bob
In my room alone I'm known to shuffle my feet
Listening to Shael Riley and 133T G33K B34T
If you like watching porn than throw up the horns
Like I need an excuse to throw up the horns
Just practice what you preach and you better believe it
You can't rap nerdcore, ya gotta live it and breath it.

Name is Beefy
Come from a place called K-e-n-n-e-w-i-c-k
Hey, moved to Pasco
Now I'm the man causing a fiasco
And I'll drink a whole freakin' tub of Tabasco
Just to prove that I'm that man yo!

Yo Jones, do you think I can down a whole tub?
Jones: I believe in you Beefy
Hey thanks for the love
If I just believe then I know I'll achieve
I just hope everyone at the show doesn't leave
Jones: But Beefy, um, you've never performed on stage...
Jones, your part is over, just go talk to Paige
And be one of the few nerds with a real girlfriend God I want a lady, can a brotha get an Amen!
I think I just wanna leave my hometown
Do some geek shows and become world renown
Plus I'm blacklisted by my local comic shops
And they weren't fooled by the glued-on mutten chops
That I wore as a disguise, I even hid my eyes
Jones: But your oversized...
Just get me better supplies!
And we'll run up in that place Dead President style
My code name will be Deadpool, yours can be...Kyle.

Don't listen to the rappers with the ladies and cash
Mainstream is just a way to blow smoke up your ass
They don't know the difference between Mario and Luigi
They don't know the difference between a Mac and a PC
I'm not a founding father, but I love nerdcore
Rookie of the Year? Mr. Keith A. Moore
I only fall in love with ladies who would never love me back
I have more music dropping than bombs in Iraq
Surf the web for hours than update my own site
Talk shit about anime then get in a fist fight
I always need a challenge, I can't seem to settle
So let me kill this goblin and I'm sure that I'll level
Doc Popular, Drown Radio!
He's the only reason that this here song doesn't blow
Beefy brings fire, blame it on the Tabasco
And if you see me at PAX, come up and say "hello" 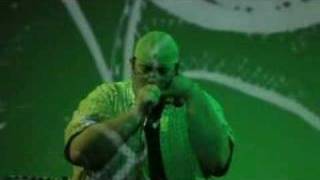 check amazon for Tub Of Tabasco mp3 download
these lyrics are submitted by kaan
browse other artists under B:B2B3B4B5B6B7B8B9B10B11B12