---On April 21st 2012 we performed this song in an empty coffee shop with no more then 12 people in attendance. A few of them began to spontaneously worship God, the best response we could ever hope to receive from an audience. This sums up what the record is all about, taking weighty biblical theological truths and translating them through music that we might respond in worship. God has made himself known to us in Jesus Christ. Existing before time, eternal, one with God - our Lord and Savior coming to earth, becoming like us that we might understand God, gaze upon him and be saved.---

There's no scientific system sufficient to measure the distance.
Big words and images are limited descriptions.
Primitive poetry poking at rain clouds with small sticks
and can't reach high enough to touch it, so we shake our
fists and call it quits. Kites and satellites, unimaginable
heights, intangible unseen light made visible to human
sight through the incarnation and life of Christ. Fulfilling
the promise, faithful and flawless, the Son of God, living
among the Godless and lawless lost in sins darkness.
But he would shine regardless, of mankind's infection and
blind perception, rebellion and rejection. This is unblemished perfection, relentless love descended with the intention
to shed his blood, for the purpose of redemption.
Divine intervention, wrap your mind around how he laid his
life down so sinners could be forgiven, every knee should
bow before the risen. Now through faith and repentance, we
can be accepted and enter the kingdom of God where we will
sing along with endless, praises.

Who is God that establishes dominion over minions and is
moved with creativity and decides to makes men in the image
of him. With His words we created and rather than having
an understanding of gratitude we became envious and we
hated him. And since God is compassionate he condescended
and become like us as a representative. Sent for the purpose
to make atonement for his own elect and connect the
most wrecked of men to throne room of the divine architect.
And so the ineffable unapproachable God who invented space
and the human heart invaded space to reach the depths of
human hearts. Its all a part of his perfect plan sinners
in the hands of God holding on a kite string. Connecting a
redeemed humanity by the finished work the King of Kings 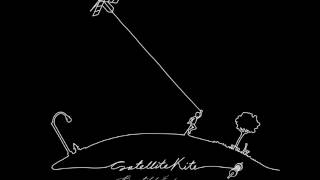