Can I hit that?
It's Willie Stubz and Beatnuts, Beatnuts and Willie Stubz
What up, real pimp niggas on the cut, what up
Uh, uh, let's blaze it, yo check it out yo

I hit the world unexpected like a meteor shower
Twist L's, Hennessey sour, pass on the powder
Make an entrance like a vigilante wit' a vengeance
Fight for independence, like my descendants

The temptation is there
To hug you like a grizzly bear
f*ckin' wit' the wild life, beware
Willie Stubz the under boss and I move wit force

When po-po take a loss I have no remorse
You know the deal, only blazin' shit that could feel
Beatnuts be movin' the crowd like blue steel
Cho-cha-cha, that's the three course meal

Yo, I pop up like sicles
When you ain't on point like hard nipples
I flow, y'all clowns merely trickle
Like hot sweat down a fat bitch ass cheek

I'm so nice that I'm not, call me nasty
I bite my toenails and spit 'em at wack niggas
I used to sell crack, now I'm gettin' rap figgas
Too Hype to be Unsigned, so I unwind
Puffin' on vines, baby and nines

Till the spotlight is mine, pullin' up in the Lex truck
Wit' four chrome rims, ha for the best buck
Three TV's and twelve-changer CD's
Bumpin' everything from Beatnuts to the Bee Gee's

Ain't nuttin' funny like Missy wit' her hee, hee's
MC's get popped but not wit' no Bibi's
Swing Calhoun and styles like Sassoon
Vidal, f*ck a trial give me hundreds for miles Cha cha cha, forward back
Cha cha cha cha, [unverified]

You don't know the half so
Sit down fatso, watch me blast boats like gas blows
Outta assholes, I'm on a roll
So butter me, bitches wanna mother me

Take they bras off and smother me
Irkin' me, for an appointment
'Cuz they love jerkin' me off the ointment
It's Psycho, the new pimp, the new pimp

Dead all the bullshit, get wit' this new hit
As I hit the bong so, stay Puff like Sean Combs
Bang heads like bongos, you get the like The Gong Show
Catch you comin' out the tree spot cripple you wit' a knee drop

Now you struttin' real cute like a peacock
Personal injuries when faces run into these
Y'all niggas need more treats, f*ck them keyboard beats
Hip hop hippy, jump in my whippy
Light up the clippy and let the vibes hit me, c'mon

Yo, I used to spit outta anger, now I just spit out a banger
Flip and pull your lungs out wit' a hanger
I'm not a trouble-making nigga but I handle my beef
You on some Eric B. shit like, "What happened to peace?"

Got no problem wit' smashin' teeth, f*ckin' your wife
Robbin' you nigga, kidnappin' your niece
Bless your cheek wit' a permanent crease
I'm a problem you don't need, y'all probably go run for police

Y'all could sell all the drugs in the world
Hang wit' all the thugs in the world
Won't be the first hole that I dug in the world
Taste dick when you kissin' your girl?
Well, you should 'cuz she swallow more nut than a squirrel nigga 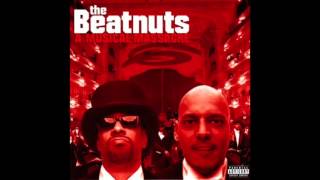