one two, one two.
Big Psych.
Yeah that's right. This is the bronx Peurto Rican Prince Whipper Whip representin' with these Nuts.

Psycho Les:
I'm an outcast nigga like Andre, and eve if you don't know me, you know i'm someone importante. I love raps, ?rocks?, and Ashanti. Now it's time to throw me in the mix with Beyonce. Crazy in love for the Golden Platty. Here's a drink toast up and light a fatty. I had to roll around the block because shorty had a fatty. Take a second look looking sporty in the Caddie. So fresh and so bling mang, doing the damn thing mang, we pack those metal things that ricochet like bing bang. I sling slang for a paycheck with the same tec and even if I wasn't a trainwreck I couldn't fall off track, i'm all that, fallback, chu ch blow! ?caldat?. Lines is busy call back. I'm very busy in fact all you haters in the back, it's a big disgrace you need to do like Kanye and fix your face.

You buggin, mean muggin, you must be buggin (4x)

Juju:
Yo. I'm just too much. I'm just too hot to touch. You're too corny man, you're too ?von dutch?. I'll show you how to smash it up, 'cause homie if i'm not popping the trunk, i'm popping the clutch. It's Junkyard the alltime great the one with the uncanny ability to flip all breaks. This year we going to do what it takes. And that includes beating niggas down and extorting they cake. It's our time, we overdue. The streets is starving for this shit so we bringing it through. I spit so heat like i'm supposed to do and that's for you and anybody that's close to you. It's Beatnuts ?le cremnda crem? if shorty acts up then you know i'm going to bend her friend from her mouth straight to her rearend then back again. I put it down like that boy again and again. You buggin, mean muggin, you must be buggin (4x)

whoo! Getting funky with the bass, yo whippa whip kick the flow man, kick that oldschool flow man let those niggas know, come on.

Prince Whipper Whip:
Stay on top of the game, real fierce like Paul Pierce. It's the fact that aint changed so don't fear when you're here. I been blessed with a gift it's only natural ?flaws? That's why they call me el ?hef?, head honcho, big balls, Fact remains i been in this game since they won. They call me hot, cool, ambitious with my rhyme and my tounge. Just for fun I talk shit to see the expression on your face, but then it turns into business when I start rocking the place. Once again i'm fantastic, and yes I come ?crush? I get furious, no treachorus when I bust. I stay funky at times, i'm always busy as a bee. A true pioneer believe that, a real MC. Though my sounds are so sonic as I rip with force, I'm cool like ?hurt? and in a flash I go off. I rock steady like Eddie ?jeeber? ?sweeter for me to go? Hollywood, like a true player should. I come back because i'm fearless I know that you ?feared it? back to day one from the Bronx, where i'm from. I'm fresh, fly, ?wild?, fresh out the pack like back in the days of love raps. Say white lines flip that, funky beat dip that, ba bum ba ba ba ba flip that, rip that shit from back in the day, the Bronx Peurto Rican still getting paid. 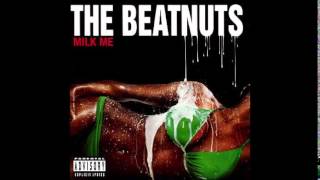