Know it's coming, but you're never knowing when
Who the f*ck you gonna lose? Maybe family or a friend
Maybe someone that you love, even if you've never met
We can feel it when it's real, we can see when it's pretend, yeah

Everybody's got a story they can share
Everybody's knowing loss, know the feeling isn't rare
Know that shit's a part of life and nobody gets spared
Everybody gets scared like nobody's gonna care for them
Got my brothers and I love them, they're my buddies
Some will still be chilling with me, others looking down above me
Know I got them all around, even when I'm feeling cruddy
Try to pull me out the dirt, even when I'm down and muddy in it
They can see where I go, where I've been
They can see my good deeds, they can see my past sins
Everybody all around, they can see I'm all in
Help me see the finish line when I feel I can't win shit
I've had a few close brothers that I've lost
Made me change a whole lot, but it came at what cost?
Everything that I achieve, every battle that I've fought
Know my people sticking with me ‘cause I keep them in my thoughts, yeah
In '09, I lost brother number one
In the blink of an eye to a f*ck with a gun
I was doing dumb shit, but I had to be done
‘Cause I knew my f*cking brother wouldn't want me to succumb to it
A couple years passed by, no more getting high
Knew I had to find a better way for me to live my life
And everything was getting better till I got the news
I lost another best friend, brother number two
We were just about to do a few songs
What the f*ck is going on? Why does shit be going wrong?
Had to see a few things no one ever wants to see
Rest in peace to my brother, put his picture on a tree there
It f*cked with everything I thought I'd been learning
It made me paranoid and I turned into a hermit
I couldn't go outside, I was too damn afraid
Been a slave to my mind, in my house I'ma stay
For another two years, now brother number three
Hadn't seen him in awhile, but we spoke frequently
Told me he was doing well, feeling good, going clean
Then I got the f*cking call that my brother OD'ed
Now why the f*ck does this shit keep on happening?
I pick myself and then I'm thrown on my back again
Depression's been at bay and then it's on the attack again
The shit's hurting worse than anyone could be imagining
Except, a lot people gonna be feeling it
It's only up to us on how we cope and how we deal with it
Talking so much, but now it's gotta be shown
Let them know that you're there and that they'll never be alone here
Don't hate if we choose to believe
That there's more to a life than the mind can perceive
I can think about you, you could think about me
Just breathe, the first step to set your mind free here
And I know my loved ones stuck around
Still feel them in my heart from sunup to sundown
And I'm not the only one, know that you feel it too
‘Cause you've had it all along, know the power's in you 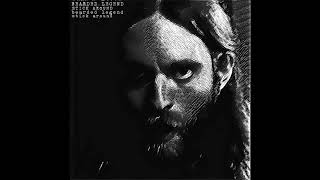 check amazon for Stick Around mp3 download
these lyrics are submitted by itunes3
browse other artists under B:B2B3B4B5B6B7B8B9B10B11
Songwriter(s): BEARDED LEGEND