Well hello, pretty woman
You're looking good
With a yellow dot skirt
And you're swaying, hah
You look as though you've ate your one last meal
You're conceit is all thats left, you can sing a spiel
You used to hide away in Kiosk land
Let's find you out and loosen up
You're so upset
Making coffee for the poor machines
Stipulate, copulate for all his schemes

I have you
You have me
We go where we want to be
We have it
We have fun
We go places to have some, hah

Your mothers and your fathers and your boyfriend too
They're hiding places can't and won't expect you to
But he's seen shadows upon that ball
Fix the cast or fix to catch the things they install
They'll soon realize that stardom's going to your head
They'll visualize you rising my poor blood is dead
Your mother, father, brother, sister too
Natural best
All the best go on you 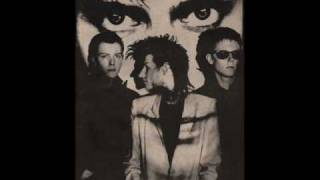