Keep on waiting for it then

I'm going through all the songs that zippy doesn't know

Mama say, mama sa, mica saw
Were the first words she spoke to me
And oh how I cried, oh how I cried
Girl sit down there's a few things I'd like to talk to you about

Well I guess my game was on that day
Because she should put up her phone number
And pointed my house is that way
Called up (?) marijuana for less
Ain't no way I'm showing up to date #1 with no big bag of stress
So then I picked her up
I could have swore
She wasn't wearing any underwear
I said homegirl don't you worry cause I ain't in no hurry
But you look so damn good it just ain't no fair
I told her that I had this picnic all planned out for her That we were f*cked there was no check in my mail today
2, 3, 4

The train has left the station
Everyone on the train is so high
Lord knows that I wish that I could get on that train with you
Bye bye
Little train bye bye
2, 3, 4 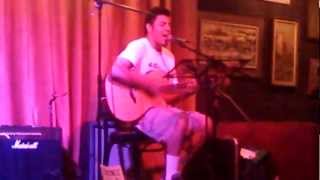 check amazon for Date 1 mp3 download
these lyrics are submitted by kaan
browse other artists under B:B2B3B4B5B6B7B8B9B10B11