Ballad Of A Doubtful Thought Lyrics

Ballad Of A Doubtful Thought Lyrics


“How very short is life,” Old King Henry tells his wife,
“I do love you, but the odds are not with me.”
The evens win the game, and she hangs her head in shame,
“Sir, anything to serve my king and country...”

Aesop spins a fable. Old Cain's looming over Abel,
Throws his cards down on the table, all to see.
The lights begin to fade underneath the ace of spades.
There's something wrong, and Lord, I think it's me.
Oh Lord, it must be me.

Cortés rides with Montezuma on a horse come down from Yuma,
Says, “a piece of gold is all I ask of thee.”
“I wish we could be friends, but you know how in the end,
The sight of gold has always made you greedy.”

Pigs are rolling on the floor. There's a knocking at the door,
“Little pigs, come out and play under the tree.”
“Go away!” they scream to him, and he tucks his tail within.
There's something wrong, and Lord, I think it's me.
Oh Lord, it must be me.

Caesar says “goodnight.” Brutus sharpens his old knife. Morning comes so soon, but life so slow, it seems.
A kiss can mean the worst. Judas reaches for his purse,
“Don't you worry, it will nevermore be empty.”

The traitor takes the stand with a gun held in his hand,
Screams, “I do not understand how I am guilty!”
Judge looks him in the eye, says “Son, neither do I.”
There's something wrong, and Lord, I think it's me.
Oh Lord, it must be me.

Dead men tell no tales, and a culprit never fails.
Even now, the murderer runs rampantly.
The dead man in your street's just a boy of seventeen.
Aren't you glad this won't keep you from your sleeping?

“London Bridge is falling down,” says the juggler to the clown,
“You had better hit the ground and best be running.”
“The traitor's set to win, ‘cause he always has a friend.”
There's something wrong, and Lord, I think it's me.
Oh Lord, it must be me.

It must be me. 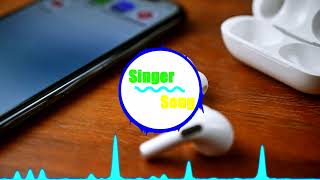 check amazon for Ballad Of A Doubtful Thought mp3 download
these lyrics are submitted by BURKUL4
browse other artists under B:B2B3B4B5B6B7B8B9B10B11B12
Record Label(s): 2015 Barefoot McCoy
Official lyrics by