horrid demons on dragonlike wings they rise
to lure all mortals to see through the disguise
their lustrous shape kindle man's lust and desire
us satan watches eager their writhing in blazing hellfire...
whores of hades, bitches from hell
with unspeakable lust they weave their spell
whores of hades; no need to rape!

willing and wild they lust for your cane
like spiders in nets, every male is their prey
they're open up wide for those who dare stay!
in wicked aldoration they welter in endless sin
to please the goatlord the dreaded master of man!

whores of hades, revel in lust;
to worship the master, coming they must!
whores of hades, ready to f*ck! if you don't please them, they cut off your cock...
to curse god's aldoration with their lustful spell
the horned master sent them up from hell!
within' the walls of his temple, lust is the only law;
to weave your damnation, the reason they were spawn...

for women are but the cauldron of sin!
whores of hades sacrifice on the altar of sin!
they suck you dry until you crumble to dust!
whores of hades leave you drooling for more!
you're fuel to the furnace, now hear the hellfire roar! 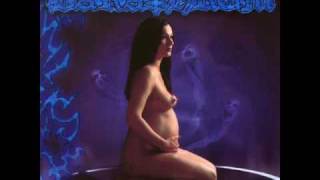