Last Of The Blacksmiths Lyrics

Last Of The Blacksmiths Lyrics

I moved to the country that cried of shame
I left my home and found a name
No, nobody could explain

"Have mercy" cried the blacksmith
"How're you gonna replace human hands?"
"Found guilty" said the judge
"For not being in demand"

Frozen fingers at the keyboard
Could this be the big reward No, no answer came

Brought up everybody to see for themselves
And they wouldn't believe it from no one else
No, nobody could explain

"Dead tongue" said the poet
To the daughter of burlesque
Cocteau, Van Gogh and Geronimo
They used up what was left 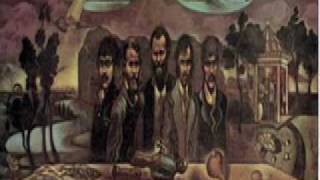