Daniel And The Sacred Harp Lyrics

Daniel And The Sacred Harp Lyrics

I heard of this famous harp years ago back in my home town
But I sure never thought old Daniel be the one to come and bring it around
Tell me Daniel how the harp came in your possession.
Are you one of the chosen few who will march in the the procession?

And Daniel said, ?The sacred harp was handed down
From father unto son
And me not being related, I could never be the one
So I saved up all my silver, and took it to a man
Who said he could deliver the harp, straight into my hand?

Three years I waited patiently
'Till he returned with the harp from the sea of Galilee
He said there is one more thing I must ask, but not of personal greed
But I wouldn't listen I just grabbed the harp
And said take what you may need Now Daniel looked quite satisfied, and the harp it seemed to glow
But the price that Daniel had really paid, he did not even know
Back to his brother he took his troubled mind
And he said dear brother I believe I'm in a bind

But the brother would not hear his tale
He said old Daniel's gonna land in jail
So to his father Daniel did run, and he said oh father what have I done
His father said son you've given in, you know you won your harp
But you lost in sin

And then Daniel took the harp and went high on the hill
And he blew across the meadow like a whippoorwill
He played out his heart for the time to pass
But as he looked to the ground, he noticed no shadow did he cast 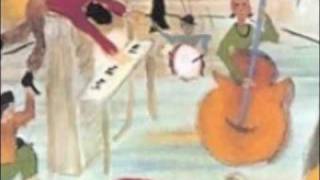