I see a white haired man, he's got a pseudonym
He's telling people how they're supposed to live
Nobody's listening to the politician
No matter what sage advice he has to give

He's got a clumsy, outdated M O
And he's come to a fork in the road
And there is only one direction to go

Among the commuters, dwarfed by the skyscrapers
I watch the countless millions fighting for space
See hateful, petty acts, disjointed images And can't believe that I'm one of the same race 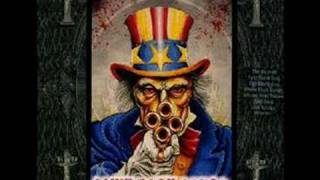